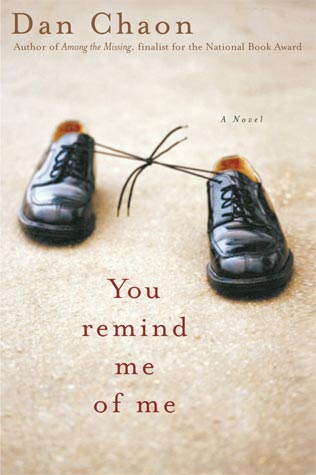 You remind me of me

With his critically acclaimed Among the Missing and Fitting Ends, award-winning author Dan Chaon proved himself a master of the short story form. He is a writer, observes the Chicago Tribune, who can “convincingly squeeze whole lives into a mere twenty pages or so.” Now Chaon marshals his notable talents in his much-anticipated debut novel.

You Remind Me of Me begins with a series of separate incidents: In 1977, a little boy is savagely attacked by his mother’s pet Doberman; in 1997 another little boy disappears from his grandmother’s backyard on a sunny summer morning; in 1966, a pregnant teenager admits herself to a maternity home, with the intention of giving her child up for adoption; in 1991, a young man drifts toward a career as a drug dealer, even as he hopes for something better. With penetrating insight and a deep devotion to his characters, Dan Chaon explores the secret connections that irrevocably link them. In the process he examines questions of identity, fate, and circumstance: Why do we become the people that we become? How do we end up stuck in lives that we never wanted? And can we change the course of what seems inevitable?

In language that is both unflinching and exquisite, Chaon moves deftly between the past and the present in the small-town prairie Midwest and shows us the extraordinary lives of “ordinary” people.